This year our Year 5’s are taking part in The Make a Difference challenge. The project enables primary aged children to gain a real understanding of the issues communities face and take the lead in making a difference to them. They learn to empathise with those who are disadvantaged, recognise the role of government, voluntary groups and charitable organisations and consider the part they can play in bringing about positive change.

We will keep you updated with their progress on this page.

Congratulations on your achievement!

The team has clearly given a great deal of thought to identifying a problem and how their positive action would have wider benefits on the community, the environment and wildlife.

Through the various, imaginative and creative efforts, this will undoubtedly have raised awareness and had a big impact.

The team has also illustrated some key collaboration, communication and negotiation skills, as well active listening and idea development..

We are very impressed with use of social media, in particular creating a video to highlight the issue of littering and get the message across to both peers and your community.

Young Citizens and The Lion King team have agreed that this project embodies the values of the Circle of Life Award and will be sending you a framed certificate in recognition of all the hard work undertaken at Mottram C of E Primary School.

Year 2 and 3 have engaged in social action to tackle littering and plastic pollution in our local environment. The pupils devised action plans and they have completed the following tasks:

*They created litter posters, which they put up around school and some pupils took them home to display near their      houses.

*They wrote postcards to the neighbours of school.

*They went on a litter pick in and around the school grounds.

*After engaging in the sessions, several pupils went litter picking with their parents/carers, close to their homes.

*They wrote tweets on Twitter to spread the word.

*Instead of binning them, they collected the plastic milk bottle lids, painted them gold and used them as a title for a       display in the classroom.

*They worked together to write a script and record a video to share with everyone. Please watch the video below. 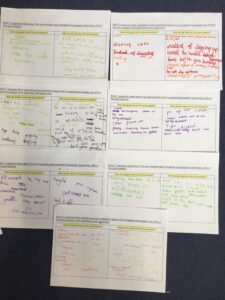 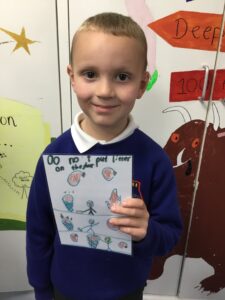 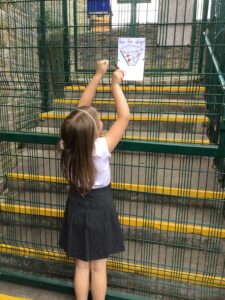 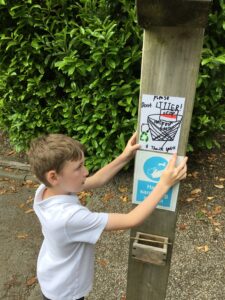 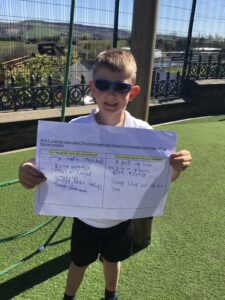